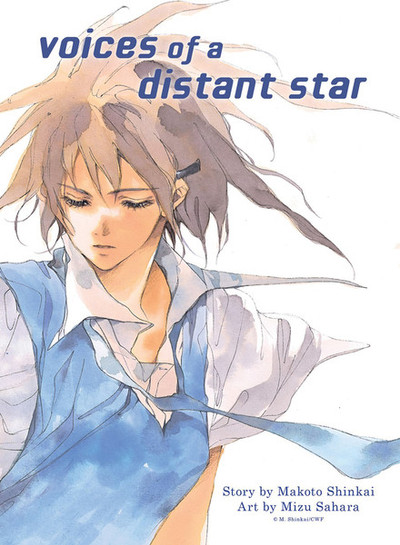 Voices of a Distant Star features story by Makoto Shinkai in this adaptation of his 2003 animated film by Mizu Sahara.

Mikako Nagamine is recruited as a pilot to fight in the interstellar war against a force of alien invaders, leaving behind her one true love. Mikako’;s only connection to Noboru Terao, who continues living the life of an ordinary student, is through cell phone text messages. As Mikako travels light years away, it takes longer and longer for Noboru to receive her messages, until finally one arrives eight years and seven months after she sent it…;

Crest Of The Stars DVD