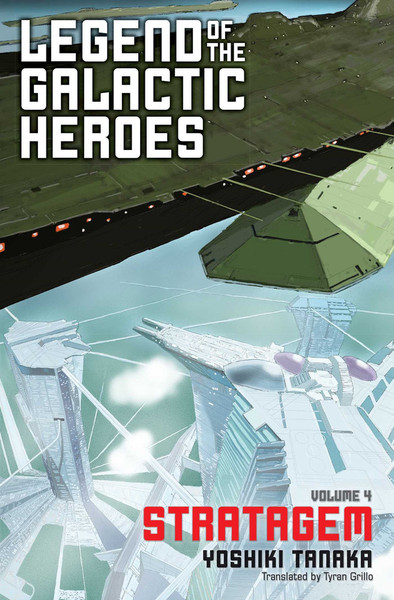 Legend of the Galactic Heroes volume 4 features story by Yoshiki Tanaka;; translated by Tyran Grillo.
Remnants of the high nobility, manipulated by the ????third power???? of Phezzan, abduct the seven-year-old Emperor and, with the cooperation of the Free Planets Alliance, declare the establishment of a traditional Imperial government. Reinhard, however, has turned the tables by making a secret pact with Phezzan high officials, and plans a grand invasion of the Alliance by way of the Phezzan Corridor. So begins an epic battle to the death between Yang, who despite surmising Reinhard???s true intentions must defend Iserlohn, and the Imperial Army???s peerless fighter, von Reuentahl.