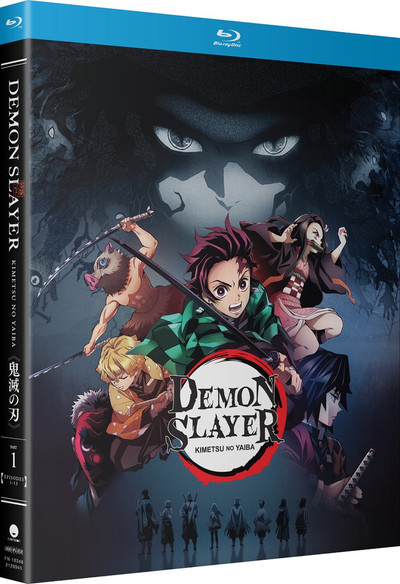 It’s the Taisho period in Japan. Tanjiro, a kindhearted boy who sells charcoal for a living, finds his family slaughtered by a demon. To make matters worse, his younger sister, Nezuko, the sole survivor, has been transformed into a demon. Though devastated by this grim reality, Tanjiro resolves to become a demon slayer to turn his sister back and kill the demon that massacred his family.

NOTE: The content and features for this release have been licensed solely for sale and viewing in the United States, Canada and Mexico. Discs will not play back anywhere else.

Weathering With You Blu-ray/DVD