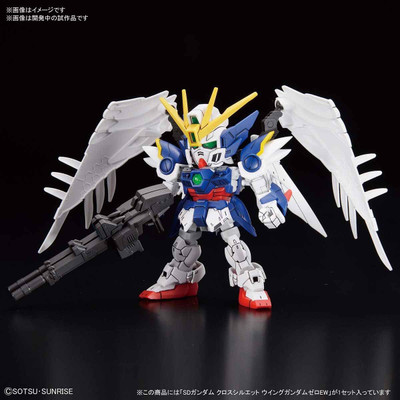 Thanks to it high posability for an SD kit, you can recreate scenes from the film, including firing poses with the twin buster rifle. Even the wings are articulated to accomplish different poses, from a shut shield-like form to a wide-open flying form. The twin buster rifle can be split in two for use as two weapons, and two eye sticker options are included.